Who the hell is ANDREW YANG? And why a pal and I joined the YAN GANG?

Never heard of ANDREW YANG, one of the 23 (and counting)   Democratic candidates who want to run for President of the US.  An article in the Washington Post woke me up.  I watched Yang's interview on a FREAKONOMICS podcast. He was smart, down-to-earth funny. focused and had style, (which even Eki says is important when almost everything is visual).  He was different than the rest of the pack. I called a pal in the US and told her to check Yang out.  Sharon said, let's each send $50 to his campaign. We were in the game.

Instead of a big splash on TV and cable, Yang has used the net to spread his message. But his small net-savvy team gets big crowds to show up at his rallies across the US. His campaign has got enough donors and money to secure a slot in the Democratic party debates. The message:  AUTOMATION is chewing up working class and white collar jobs. He started VENTURE for AMERICA  Foundation to fund start-ups in once-booming cities (St. Louis, Youngstown, Detroit for ex.) that have gone down-hill because the old jobs are gone (remember typists, elevator operators, sales clerks, et al.  Robots deliver pizzas. They can make them too.

Yang solutions include a Freedom Dividend (universal basic income - Finland is already testing UBI in a two-year experiment).  He plans to slap a 10% value-added tax on BIG TECH COMPANIES to help foot the bill.  The Yang campaign has the feel and look of a smart, young start-up company. They've turned campaign funding into a  video-game.  Yang sends info and updates on how much they need to make the next leap. I'm hooked. And sent in a second 50 dollars. Sharon and I got YANG GANG 2020 tee shirts.  His cap’s logo is MATH – MAKE AMERICA THINK HARDER.  Yang says his chances of winning are 200 to 1. Hey, against steep odds, he got a certified to be in the DEM debate. And lucked out in the draw: Yang will appear with all, but one, of the TOP DOG,  June 27, NBC, MSNBC, 9:00 PM.  Watch YANG make his case.  My pal in the US and I'll be barking for him. ARF! ARF!


Note: I haven't really done my homework, so I only have very superficial observations on Yang. Listening to the podcast as I type. To me, he feels like a smart guy, who has interesting ideas and uses the presidential campaign to get publicity for those. He seems business and marketing oriented, which is not necessarily the makings of a good politician. Countries are not companies, and running society like a business is a deeply horrible idea.

He's right about automation though. The societies will change, a lot. But even though a huge number of jobs will disappear, it is not necessarily as bad as it sounds. The same has happened over and over in history. The blacksmiths, seamsters, brickmakers, bookbinders, candle makers and wheelwrights of yesteryear are all but completely gone. But there were no video editors in 1800's, no computer wizards, and no truck drivers or telemarketers either for that matter. The lesson is: the nature of work changes. We have no idea what will be the jobs of the 2050's, let alone 2100's. But there will still be jobs.

But perhaps not for everyone. And perhaps we're lucky enough to realize as a society that letting our day jobs define us is not necessarily wise in the long run. Perhaps many people will just do whatever they wish - the aspiring artist truckdrivers will be able to channel their inner Picasso every day.

I'm not a fan of rebranding things. Please just call UBI UBI, not "freedom dividend". That's just stupid, regardless of what the focus groups say. The Finnish UBI experiment is over now. It really wasn't that good a test - first of all, they only selected unemployed people on that, and the main parameter they were interested in was will UBI reduce or increase their chances to get work. It didn't do much of either, as unemployment is pretty rarely something caused by the unemployed themselves, it's something caused by an actual lack of decent jobs. The people on the experiment did report UBI being good for their wellbeing, stress levels etc., even though they probably would have gotten the same amount of money through social security system anyway - what UBI did for them, was essentially to remove some of the feelings of guilt associated with being on case-by-case judged welfare.

In general, I think UBI is probably a good idea, but the implementation has to be very carefully planned. Essentially, it should replace some forms of welfare, extend benefits to those who have low paying work to reduce barriers of getting a job - as such, it would not necessarily add to the social security costs *that* much. We need to be careful though to make sure UBI won't create a new class of ultra-low paying jobs, where the UBI is actually going to the pockets of the predatory businesses due to lower salary costs. It's complicated.

I'm also not a fan of flat rate taxes like VAT (Here in Finland, it's 24% for most products), they actually tend to hit the poor disproportionately. The wealthy will not spend nearly as high a percentage of their money on this kind of goods. The wealthy won't be buying that many more phones, coffee cups or plastic buckets when they get the next extra million. I prefer progressive taxation. And that's what the Finnish proponents of UBI are suggesting - the extra costs of UBI would be collected by strengthening the tax progression slightly so that the poor would get a bit more money, the middle class would stay as is overall, and the rich would pay a little more.

Okay, apparently i had more to say on this than i thought i would. Time to stop. 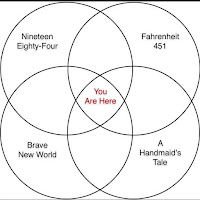