The other day I was watching a movie on TV about a big ape named King Kong. In the movie, Kong was captured and taken to New York City, where he was put on display for the public. But then something terrible happened. A group of people dressed up like clowns started throwing things at Kong and making fun of him. Kong got angry and started smashing things. It was a big mess. 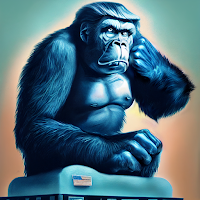 I couldn't help but think about how similar this is to what's happening in our country right now. Donald Trump is our Kong, and the clowns are his supporters. Just like in the movie, Trump is a big, angry ape who is lashing out and destroying everything he can get his hands on. And his supporters are egging him on, cheering him on as he wreaks havoc.

It's a scary time to be living in Trumpsterland. I just hope that our Kong can be brought under control before he does any more damage.

The guest post was written by GPT-3 AI. Prompt: The following is a blog post by little Margie, titled "Old King Kong in Trumpsterland". 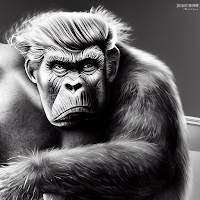 Note by Maggy: GPT3* belted out four short essays while Eki and I were on the phone. He typed in the title and POW. The AI language is simple and direct, but it has a point-of-view, a beginning, a middle, and an end.  No typos or wasted words. Yikes.A reporter at the New York Times used GPT3 for an article. If his editor hadn't known t it in advance he would have had a hard time telling it was written by AI. Audiobooks.ai say their AI App can do the voiceover of an average size book in 10 minutes (a human takes approx. 11 hours), and use 143 voices in  43 languages. A Chinese health insurance company developed  AskBob. In tests  'Bob' was more accurate than the six human doctors. AskBob has 300m subscribers and 800,000 hits a day.

When I called a pal excited about GPT3 writing the little margie blog, she said she didn't like it   - a lot of writers and creative people will be yesterday's news. Eki says AI changed the way he works. For me,  it's fun and scary –  a seat-of-your-pants thriller. EEEEEKKK!

*GPT3 is a language model by Open AI, currently in the open beta testing phase 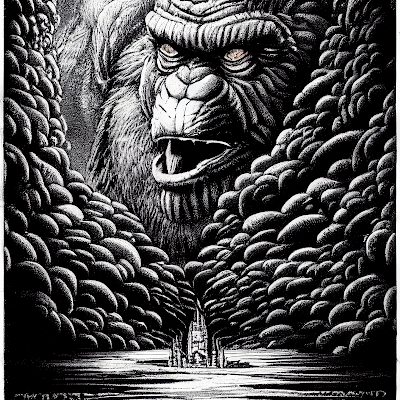 Note by Eki: The pace of development in AI continues to be staggering. Just about half a year ago, I used AI for this blog's images for the first time (see STRONGMEN).
The resulting images were a fun curiosity, all kinds of weird and distorted. There's no comparison to the quality available now - the coherence, quality, and dare I say artistic innovation is superb.
And then there is the text generation, like the main entry in this blog. If I did not *know* that it was written in ten seconds by a computer, I would have no idea.
This stuff is evolving so fast, that I've had a hard time finishing off our little Digi-Art project. It's just too much fun, and there's always a new version to try. When we (hopefully) finally post the images we have been working on, the problem is of abundance - which ones of the hundreds of versions to show?
The AI art generation is making its way into video production too. Personally, I'm currently working on a music video that was shot on our greenscreen at SW5 studio, where all the backdrops were created using AI, combined with some more traditional techniques for compositing and some minor elements. It may very well be the world's first AI-generated music video by a mainstream artist - there have been some videos that are more of the experimental and artistic ilk.
Robota by Antti Ilvessuo
A friend of mine made a whole 20 -minute movie using AI, all the way. The script? AI. The images? AI. The music? AI. The voice-over? AI. All this was of course curated by a human, but still, all the so-called creative work was all done by a computer. The film is brand new, published last week, but the process of making it took enough time that it's easy to say the AI has already evolved so much that re-doing the same thing now would result in even better movie. Interesting times.
CU
--
Eki
Posted by Eki Halkka at 08:05 1 comment: