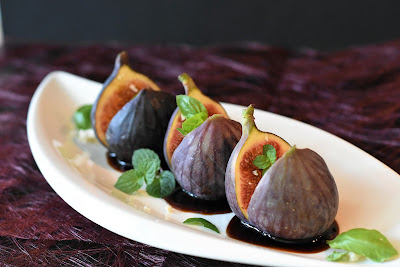 Next week: FINLAND for FOREIGNERS: an outsider's VIEW
Note: I have nothing smart to add to this topic, so i won't ;-)
CU
--
Eki
Posted by Eki Halkka at 02:30 No comments:

A geocache location in Espoo, in midst of an urban area.
When I asked Eki if he was getting exercise, he said he'd been GEOCACHING with his Mom, Liisa. They've been playing this game for a long time – Liisa has almost 1000 found its and Eki has a bit over 200.
When he first told me about GC, I was in Colorado. I searched online and found one about a block from my house, in a winery. Last Sunday they found their finds on a bridge rail and in a hard-to-get-to place on a rocky hill. They were out about two and hours and found three canisters, signed their names and the date. Eki said it was a good day.
Hard to pin down exact info about GC. But when I checked on the net found hide and seek game got started around 2000. There are caches in 193 countries, 641 million found. Its and about 950,000 players.
It was first called Geostashing, but the organizers thought this name had a bad connotation. So they changed it to the French word 'cacher' – to hide. There are variations on the game. For ex, OPENCACHING and WAYMARKING.
Liisa and Eki play the original. Helsinki is the perfect place to play. Surrounded by water, there are terrific unspoiled places to walk and to search for the canisters. If you're hot to hike and like games, GEOCACHING might get you hooked. Get out your cell phones. Find the coordinates and get moving. Good hunting.
Sources: Eki, the net
Next week: The FIG: worse than FUCK and better than the FINGER
Note: We try to go out Geocaching once a week, depending on the weather etc. Actually will go out today, again. It's supposed to be fun, so we do not go out in bad weather, or if tired, or too busy. Today it's beautiful fall weather outside, a great day for geocaching.

I don't really think of it as a game, but rather a great excuse to get out, to places i would never visit otherwise, and of course to spend some quality time with my mom. Finding the caches is a bonus, not a must. 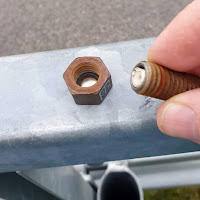 The caches themselves come in many forms - some are simple, just a small container with a pen and some paper placed under a rock or something, in the coordinates described in the cache manifest. In these cases, the location is often the main thing. The caches are usually put in places worth a visit, be it a hidden pocket of nature within a city, or some culturally interesting landmark.
Some caches are more clever and satisfying as puzzles. Disguising the cache is part of the charm, both for the one creating the cache and the ones trying to uncover it. A vent in the wall that looks different from the others, a sign on an electric box that does not belong there, a tree stump with the top sawn off to make a lid, an extra bolt in the bridge rail (pictured, with a small paper scroll inside)...

After doing this a while, one develops an eye for irregularities. The Geo-eye, as we tend to call it.
CU
--
Eki
Posted by Eki Halkka at 02:11 No comments: