Told a guy I met in LA I lived in Finland. He said, 'You live in a socialist country, you have National health care’.** A couple of years later I had a chance to find out how the health care system worked. A temporary, near-total paralysis, landed me in Meihlahti, the public, university hospital - the only hospital  equipped  to treat Guillain-Barre syndrome. After six weeks, I was sent to a rehab center for another six weeks. The care in both places was excellent and they got me walking again.  The system isn’t perfect, often there are long waits, but it works. No Finn I know would give it up.

Trump has branded Scandinavia ‘socialist’. It’s his weapon of mass destruction against the Democrats. At rallies he rants, ‘America will never be Sweden.’ The crowd roars. When you’ve lived in a Nordic country,  you wonder what’s this guy smoking.  I asked my pro-Trump pal what she thought ‘socialism’ meant. She said, ‘Marxism’. Eki gave me the correct answer. The Oxford English Dictionary said about the same thing (see below).

CNN aired a segment about Finland’s 130-year-old health care system. Their conclusion: it’s good, but it’s expensive. In a stump speech, Bernie Saunders thanked Finland for showing the world national care works.  He and Elizabeth Warren promise medicare-for-all if elected in 2020. I don’t think it’s going to happen. Eki says young US progressive voters want what we have and will vote for it. The Shark told me a lot of Finns go to work abroad. But when they have kids they come back home for the excellent free pre-natal and childcare, top-notch schools, health care, and other public perks. Trump may call it ‘socialism’, most Finns I know call it the GOOD LIFE.


*SOCIALISM (Oxford English dictionary)
A political ad economic theory of social organization which advocates that the means of production, distribution, and exchange should be owned or regulated by the community as a whole.

** On a ‘countries with universal health care’ site, the US was the only developed country without UHC, along with Africa, India, Northern South America.


Note: I do not know what CNN has smoked, but the Finnish health care system is NOT expensive, at least when compared to the USA. Quite the contrary, it's dirt cheap. The USA spends yearly about $10 000 per capita on health chare, Finland just about $4000. In other words, health care in US is more than twice as expensive as in Finland. And our system covers everyone, not just the lucky or rich ones.

As far as US politics go, i'm pretty confident that the next president will be Warren or Sanders. Outside his narrow fanbase, after showing his true color, Trump has no support. He would be beaten by pretty much anyone in 2020. Put a pet raccoon against him and it would win. The only democratic candidate that might actually lose against Trump is Biden, who seems to be pretty much as blunder prone and demented as the big T. But i do not think he will be the dem nominee.

The socialistic policies are actually extremely widely supported by the US electorate, as long as you don't call them that. I fail to understand how the term that essentially just means pooling the citizen's resources has become the taboo it is in the US in the first place. The word really should be reclaimed, which Bernie is already doing.

As far as the definition goes, control by the community as a whole does not quite capture it (as, for example, co-ops, mom and pop stores etc. companies that are owned and run by the same people that work there is textbook socialism - but has nothing to do with society's control). The other common definition, "workers owning the means of production" does not get the community side...

Anyway, the proponents of socialistic policies do not usually want the whole system to be changed into a socialistic one. Just the parts that make sense. Like education, health care etc. There are things free markets do well, and both can coexist.

In this system some citizens have private health insurance, some are eligible for subsidized public health care, while some are not insured at all: 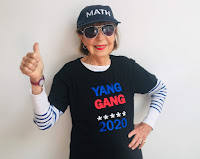