In SpaceWhale, Eki's studio that he shares with his geek pals, doing  the post on "marihuanaland". It's a full-blaze sunny day and we would rather be outdoors but want to finish this project. It was great timing for us that the Global Commission on Drug Policy has just issued a report that states we should declare an end to our disastrous war on drugs. 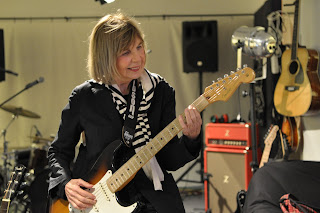 In our documentary we try to figure out whether medical marihuana should be legalized as a legitimate alternative to other drugs.  And if recreational pot should at least be considered as an alternative to alcohol.

Eki just came back from a smoke (yuck - that's a drug I hate) and I want to have some lunch. We're going to my favorite restaurant in Helsinki. Ann-Mari, the owner-cook, makes the best meatballs (and bread) in the whole world. She usually gives me extras and I eat them all, even though I'm practically a vegetarian. She said some people call it the Trashcan, because it's hidden behind the trash cans in the backside of an obscure industrial building. And you would never find it unless an in-the-know local took you there because there are no signs on the door. Off we go. I'm starving.
Posted by little margie at 02:20